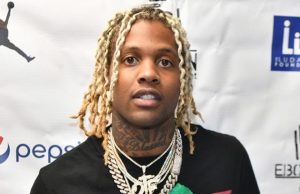 Lil’ Durk is saying he is bigger than Drake in the trenches. In a recent appearance on Wallo and Gillie Da Kid’s “Million Dollaz Worth of Game” podcast, Durk re-visited a previous statement he made where he said he wanted to be “bigger than Drake.”

When Wallo, the show co-host asked Durkio how far he’s come since he made that statement, the Chicago rapper replied that to those with him and in his group, “we bigger than him, you know what I’m sayin’.”

There is no beef between the two artist, as Drake recently posted an Instagram story listening to Durk’s new music. The Voice creator is currently preparing for the release of his 7220 album.

Share your thoughts on the friendly rap competition. Is Durk bigger than Drake in the trenches?

The post [WATCH] Lil Durk Says He’s ‘Bigger Than Drake’ In The Trenches appeared first on The Source.