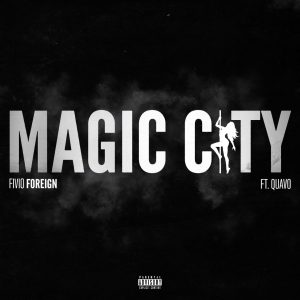 Fivio Foreign is just weeks away from releasing his highly anticipated first album B.I.B.L.E, which was executive produced by Ye. The album is set to be released on April 8th. Ahead of the drop, Fivio released “Magic City,” starring himself and featuring Quavo and bringing the vibes of Atlanta’s famous Magic City club to New York City. The Alonzo Hellerbach directed video is available below.

Last month, Fivio Foreign returned with the much-awaited music video for “City of Gods” featuring himself, Kanye West, and Alicia Keys. You can see that here.