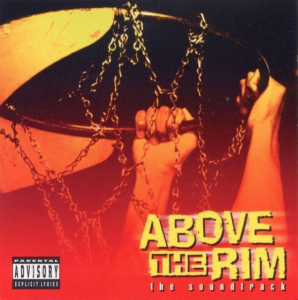 On this day in Hip-Hop history, Death Row Records in conglomeration with Interscope Records released the soundtrack to the popular film, Above the Rim. Winning the 1995 Source Award for Soundtrack of the Year, this album featured so many hits that it could have stood alone from the movie as a compilation album.

Acting as executive producers of the project, Suge Knight and Dr. Dre curated one of the most popular movie soundtracks of all time. This album featured work from artists 2Pac, Warren G, SWV, Snoop Dogg, Nate Dogg, The Lady of Rage, and more. Due to the popularity of the artists and the success of the movie, the soundtrack sold 2,000,000 copies in the year of its release and peaked at #2 on the Billboard 200 chart. Although it fell short on the mainstream chart, the album was able to grab hold of that #1 spot on the Billboard Top R&B/Hip Hop Albums chart. Here are some videos from the famed soundtrack to help jog your memory of its greatness.

The post Today in Hip-Hop History: Death Row Records’ ‘Above The Rim’ Soundtrack Dropped 28 Years Ago appeared first on The Source.