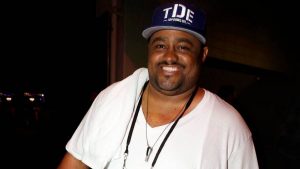 Last August, Kendrick broke his nearly 3 years of silence with an Instagram post where he said that his next album would be last on TDE. Kendrick has not revealed any details on his upcoming project, only dropping a couple of collab tracks with cousin and frequent collaborator Baby Keem, and delivering an iconic Super Bowl Halftime Show performance.

Recently, the President of Top Dawg Entertainment, spoke on the upcoming departure from Kendrick with Mic, explaining how he believes K.Dot is “ready to build his own thing.”

“That’s a grown man right now,” Punch said. “We watched him grow from a teenager up into an established grown man, a businessman, and one of the greatest artists of all time. So how long do you actually be signed up under somebody? It’s been almost 20 years.”

He added that it’s time for Kendrick to “move on and try new things and venture out.” He also gave Kendrick his props for developing Baby Keem as an artist.

“It’s always been there, but now it’s just time and space where he can actually do it,” he said. “It’s a beautiful thing to watch because that’s something that started with what we built in the beginning. To see it blossom, it’s a full-circle moment.”

While Punch did not disclose any updates regarding Lamar’s upcoming project, he said that Kendrick is on his own timeframe when it comes to making this album. He doesn’t need anybody in the studio with him anymore to coach him through the process and can do it all on his own.