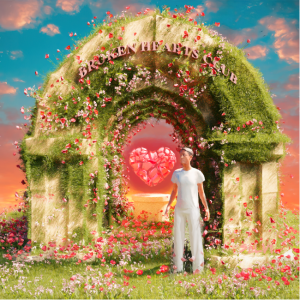 Syd is back! The GRAMMY Award-winning singer, songwriter, producer, and engineer, has announced the release of her sophomore album, Broken Hearts Club, on April 8th, 2022. Broken Hearts Club, which features collaborations with Kehlani, Smino, and Lucky Daye, as well as additional production from Grammy-winning producers Troy Taylor, G Koop, and Darkchild, chronicles the ebbs and flows of a relationship from beginning to end and is performed, co-written, and co-produced by Syd herself.

Arriving with the album announcement is the new single “Could You Break A Heart.” The new song pairs Syd with Lucky Daye and tackles trust issues in a new relationship.

“The album is about a relationship I had that ended in my first real broken heart,” Syd said of the forthcoming album. “It almost felt like I joined a club because all of my friends went through similar experiences. It was like a rite of passage. I started writing the album on the relationship when I was in love. You’re really getting the whole journey from the beginning to the end. I want people to find it beautiful. It’s super vulnerable, sentimental, and it’s soft. There’s touching moments and a couple of dark moments.”

The post Syd Announces ‘Broken Hearts Club’ Set for April 8, Releases “Could You Break A Heart” with Lucky Daye appeared first on The Source.