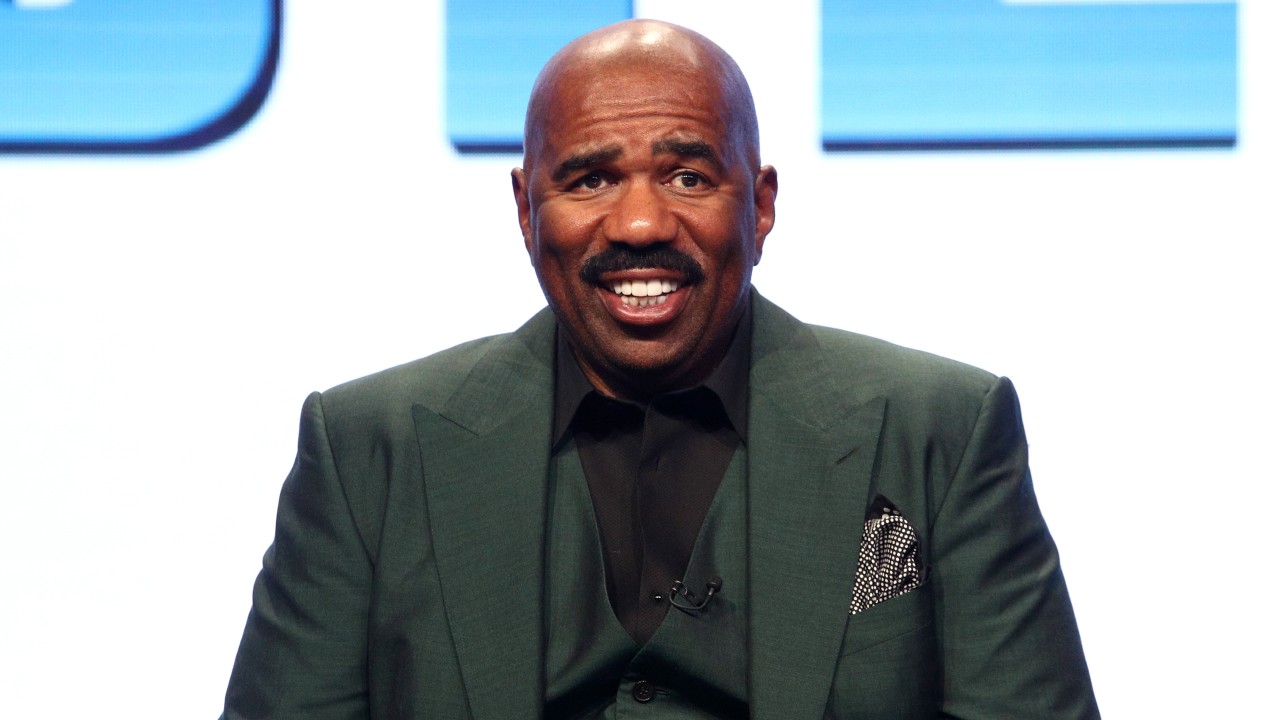 Steve Harvey is giving Kanye West a stern warning about messing with his fellow King of Comedy. In case you missed it, D.L. Hughley expressed his opinion on the ongoing drama of Kanye West, Kim Kardashian, and Pete Davidson. YE didn’t like it and started to send social media shots at Hughley.

“D.L. Hughley is a pawn Yeah I know a king not supposed to address a pawn but I address everything and fine addresses DL So don’t speak on me or my children I can afford to hurt you,” Ye wrote.

Kanye would also hurl insults at Hughley, accusing him of being a drug abuser and more. Hughley would hit Twitter to respond.

“Hmmm! Ain’t it weird that #Kanye supposedly has all these goons who will kill for him, but not one of them will get his prescriptions filled?” Hughley tweeted. “Here’s a thought while you’re on your way to kill me in Calabasas, how about somebody drop by CVS and pick up his Xanax! Lol #TeamDl.”

Hughley would also take shots at West’s clothes and even the sexual life of Kardashian and Davidson.

After watching all the madness unfold, Steve Harvey is getting Ye cleared up on one thing, D.L. Hughley would win a fight. Speaking on the Steve Harvey Morning Show, Harvey told West the equivalent of Lil Durk’s hit single “Dis Ain’t What U Want.”

“Pull up, it ain’t what you want. If y’all do get to scrapping, all my cash on D.L., cause you have no idea,” Harvey said. “You been a lil politically, socially conscious rapper—we from a ass-whoopin’ era.”

You can hear that and more from Steve below.

The post Steve Harvey Warns YE About Dissing D.L. Hughley: “It Ain’t What You Want” appeared first on The Source.