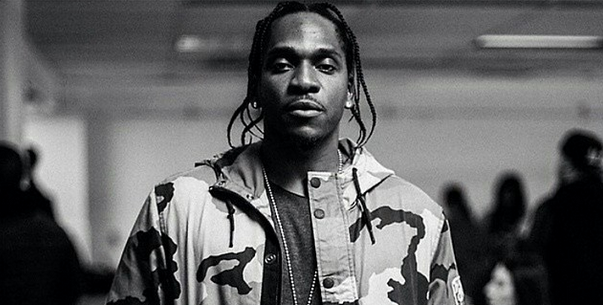 Pusha-T’s upcoming album might already be “Album Of The Year,” and it hasn’t even dropped yet. Push excited fans last year when he said that his album would be produced by Pharrell and Kanye. Push built the hype over his upcoming project even more after he dropped his single “Diet Coke.” In a new interview, Push confirms that Jay-Z will be featured on the forthcoming project as well.

Push revealed the news while speaking with Gillie Da Kid and Walloon on the Million Dollaz Worth Of Game podcast. He discussed his prior history with Hov while noting that he has 3 songs with him now. His noted that his first collab with Hov was on “So Appalled” off of Ye’s My Beautiful Dark Twisted Fantasy, and his second collab was on the 2016 assisted track “Drug Dealers Anonymous.” That’s when Push revealed that his third collab with Jay would be “something from my new album.”

“I don’t know if I was supposed to say that,” Pusha added.

Gillie and Walloon both agreed that Push washed Jay on “Drug Dealers Anonymous,” but Push came to defend Hov, saying “Oh, he got busy. I send him shit ‘cause I know he gonna say shit that I just can’t say. To me, that’s what be wild impressive.”

Push’s comments come after a recent interview with Complex’s Speedy Morman where he shot down rumors that Hov would be on the album.

During the podcast, he also spoke about the picture he had posted of what many claimed to be a release from Ye’s G.O.O.D Music. Push said that the picture was actually a contract in which Ye signed over his profits from Pusha’s back catalog and new album over to him.

The post Pusha-T Confirms Collab With Jay-Z On Upcoming Album appeared first on The Source.