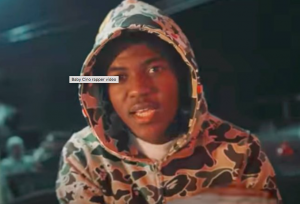 According to several confirmed reports, up and coming Miami rapper aby Cino was shot and killed i a drive-by ambush just moments after walking out of jail. He was 20 years old.

Cino, whose real name is Timothy Starks, was released from the Turner Guilford Knight Correctional Centre last week after being arrested for a gun charge(March 16). The Miami Herald reported that Starks was picked up from jail and not long after, shooters in another vehicle pumped at least 40 shots into the vehicle Starks was driving. Starks suffered several gunshot wounds, including one to the head.

20-year-old Dante Collins was in the car with Starks, but survived the shooting and was released from the hospital with minor injuries.

Detectives from the Miami-Dade police department told the Herald that “a dark-coloured vehicle was seen fleeing the area at a high rate of speed”.

Detectives are also trying to figure out if the murder was connected to “a series of public ambushes in recent months believed connected to Miami street gangs.”