[LISTEN] Ma$e Explains Why He Dissed Diddy On “Oracle 2” 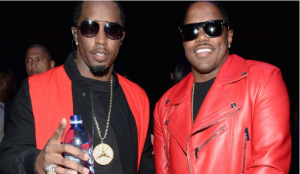 After letting it loose on Diddy on his latest track “Oracle 2: The Liberation Of Mason Betha”, Ma$e took to Instagram Live yesterday(March 17) to discuss why he made the diss record aimed at Diddy, his integrity and the way he treated former Bad Boy artists.

The former Bad Boy said he made that song to empower those scared to speak up against the Bad Boy founder, saying, “When I see the hurt and the pains of other people on Bad Boy that motivates me to say something so I don’t be deemed as a person who just made a bunch of money and turned a blind eye. I’m not gonna be like the rest of the people around Puff that don’t tell him he’s wrong. I’m not gonna be like the yes men around him that seem him ruining people’s lives and never tell him he’s wrong.”

Ma$e seemed to have sided with the former contestants of Making The Band, who have been very critical of Diddy as of late, with one former contestant saying that Diddy’s dealings with him almost made him commit suicide.

Diddy reponded the controversy on his Instagram Stories, writing, “STOP ALL YOUR CRYING, BITCHING & MOANING. HUSTLE HARDER OR GET THE FUCK OUT OF OUR WAY. – LOVE.”

The post [LISTEN] Ma$e Explains Why He Dissed Diddy On “Oracle 2” appeared first on The Source.