Keyawna Nikole Drops New Video For “Souls Like You” 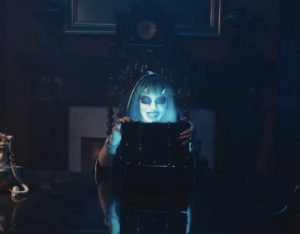 Keyawna Nikole is a current rising music artist who’s originally from Pittsburgh, PA, but has since relocated to Los Angeles to pursue music full time. We covered Keyawna Nikole when she was featured on InkWhore333’s latest single, “Sick Psycho 6ircus,” which was also covered on Adam22’s podcast, No Jumper.

Keyawna Nikole is displaying to her fans that she plans to be consistent and is a hard act to follow that’s here to stay. After just one day after being released, the video has already passed 30,000 views on YouTube. “I worked so hard to bring my vision to life. There were months of planning, no sleep, and putting every penny into production, but it was all worth it,” says Keyawna.

Keyawna Nikole and InkWhore333 display their acting abilities throughout the clip, as they fight amongst one another until the other cannot keep going. This is an action-packed visual that all Rock, Heavy Metal, and Hip-Hop music fans will surely appreciate. Follow Keyawna on all social media platforms @k3yawnaa to stay up to date with all future releases by this current rising act.