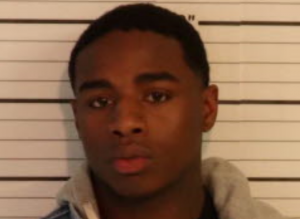 Justin Johnson, aka Straight Drop, one of the suspected killers of Young Dolph, has been reportedly attacked in jail. According to TMZ, Johnson was struck by a fellow inmate.

This past Friday, Johnson was involved in another incident. According to the Shelby County Sheriff’s Office, Johnson and another inmate were under investigation for a separate incident.

Johnson was arrested this past January after being captured by U.S. Marshalls. He has maintained his innocence.

The report states wounds both entered and exited the body. Dolph was shot in multiple places, including the forehead, face, back, arms, chest, chin, neck, shoulder, and more.

Born Adolph Thorton Jr., Dolph was killed on Nov. 17, 2021, outside of Makeda’s Homemade Butter Cookies. Johnson and Cornelius Smith have been charged in the case. A warrant is currently active for Shundale Barnett for his place in the connection. Devin Burns and Joshua Taylor have been named as persons of interest.