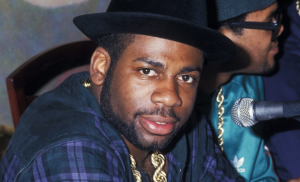 The fatal shooting of Jam Master Jay in 2002 sent shockwaves through the entire Hip Hop community. Especially learning two people who were close to the late deejay were arrested and charged for his murder.

20 years later we’re still waiting for justice as JMJ’s case had been unsolved for over 18 years.

According to All Hip Hop, U.S. District Judge LaShann DeArcy Hall rejected 38-year-old, Karl Jordan Jr’s request to be released on a one-million-dollar bond. His legal team cited the shooting suspect being high risk of catching COVID-19 while incarcerated because he only has one kidney.

Washington and Jordan were charged for their alleged roles in the beloved DJ’s death in 2020. Jordan faces a mandatory minimum of 25 years in prison if convicted of murder. His trial is scheduled for February 2023.

Prosecutors believe that Jordan fired the shot that killed Jam Master Jay at his recording studio in Queens on October 30, 2002. Jordan and Washington were also indicted on murder, firearms and drug charges.