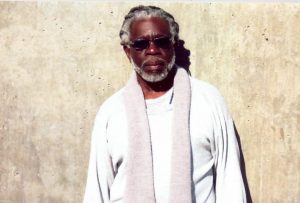 Dr. Mutulu Shakur is battling stage 3 bone marrow cancer from prison. Shakur, the Black liberation icon and stepfather of late Hip-Hop legend Tupac Shakur, has been behind bars for three decades, despite being able to be released in 2016. An update to his official Instagram account, provide his most recent health and legal statuses:

First, we thank everyone for the outpouring of support for Dr. Shakur as he continues to battle stage 3 bone marrow cancer from prison.
He did have a stem cell transplant, but then experienced an early relapse necessitating a new and highly dangerous chemotherapy that still only delays the cancer’s progress. Leaving him in prison while the chemotherapy suppresses his immune system places his life in further jeopardy — Dr. Shakur’s immediate compassionate release is the only humane response.

Despite all this, in January 2022, he was denied compassionate release for the third time by the Central office of the Federal Bureau of Prison! He is currently recovering from his third infection with COVID-19, and consequent COVID pneumonia.

Family and Friends of Mutulu Shakur and the legal team continue to double down on our efforts. If you are in contact with any members of Congress who may be willing to support Dr. Shakur’s release, reach out to us at [email protected] so that we can connect. We are asking that everyone continue to sign and share the online petition to help us reach 75,000 signatures.

The link to reach the petition is available here. You can see the full statement here.