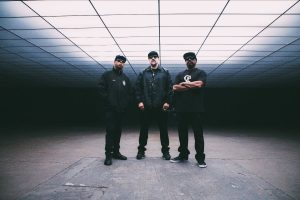 Back In Black, Cypress Hill’s tenth studio album, is out now on MNRK, and it was produced entirely by Black Milk. To celebrate the album’s release, the group has released a new video for “Certified,” which was directed by Tillavision, who in 2021 created content in the 3D, AR (augmented reality), and VR (virtual reality) spaces for Swae Lee, Pop Smoke, JuiceWRLD, Young Dolph, Lyrical Lemonade, Bape, Chinatown Market, Chicago Bears, Patrick Mahomes, and Kyler Murray.

“We’re grateful to our fans for riding with us for three decades,” said B-Real. “Working with one of the greatest producers out there, Black Milk, took us back to our roots and still brought something fresh to the table, which isn’t easy to do. We’re excited to play the new songs on tour this year.”

Cypress Hill will kick off a major tour schedule for the year, which will include a leg of Slipknot’s Knotfest Roadshow 2022. Below are all of the tour dates that have been announced. In addition, the group has announced a new documentary titled Insane In The Brain: Cypress Hill, which will premiere on Showtime’s HIP HOP 50 on April 20 at 8 p.m. ET/PT.

You can hear the new album below.

The post Cypress Hill Releases New Album ‘Back in Black’ appeared first on The Source.

MP3: Baby Stone Gorillas – Back Up

MP3: Baby Stone Gorillas – Back Up