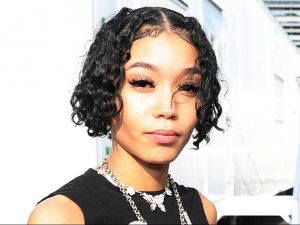 Coi Leray has always been vocal on her social media. The 24-year-old “No More Parties” rapper has previously opened up about her insecurities, relationship with her father, and aspirations in the game on social media. Hence, it’s no surprise when the singer lets fans in on her current relationship status.

The couple has been publicly dating since November of 2021, making red carpet appearances and being seen on social media platforms such as TikTok. While it seemed as though the couple was good together, they may have possibly called it quits after Coi Leray penned an interesting message to her Twitter this past Sunday.

“No More Relationships,” Leray penned before a fan responded to the message asking for the singer to make this her new song title.  “Make this a song Pls <3,” the comment read before Leray responded, “Done.”

Coi Leray is definitely assuring fans that new music is on the way as she gears up to release her new album. Just last year, Leray stated that her album would be the best amongst female rappers in the industry.

“Kind of been a rough year, even though I made millions, It came with a lot of depression,” she wrote on Twitter. “‘Medicine’ is the last song ima drop this year. This song is strictly for my fans. When I go in the booth and vent, just know I’m speaking from the heart and I meant every word in the song.”

There has yet to be a set date on the release of Coi Leray’s album, but one thing is for sure, fans are ready to hear the masterpiece.

The post Coi Leray Seemingly Hints at Split With Pressa appeared first on The Source.