50 Cent Calls Out STARZ Again: “6 Months Till I Have Anything New” 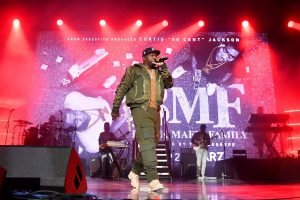 50 Cent and STARZ are still going at it. As fans inch closer to the end of the first season of his Power Book IV: Force series, 50 Cent is unhappy that he will not have a product on TV for the next six months.

“I have 4 more episodes of FORCE, then I don’t have anything airing on STARZ for six months so y’all know the vibes,” 50 said. “FORCE is the highest rated premier of any show on the network. when they take too long to green light it, it pushes the production time line back. after tonight’s episode there are 3 left, April 10 it’s a wrap. Then 6 months till i have anything new.”

After 50’s statement, fans showed up in support:

The post 50 Cent Calls Out STARZ Again: “6 Months Till I Have Anything New” appeared first on The Source.

MP3: Mahalia – Letter To Ur Ex