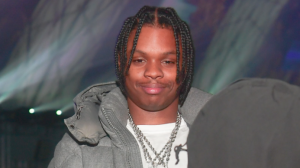 According to several news reports, a woman claims that Detroit slang spitter 42 Dugg assaulted her and held her and a friend hostage inside of a hotel room in Miami.

In several posts on Instagram, the accuser insinuated that her and her friend were offered “hush money” not to speak about the incident, but she wasted no time taking the alleged assault to social media.

“What n*ggas did to me and @_serenitysky is not worth any money sh*t is not a joke,” she wrote. A set of photos was shared by IG user young.poca showing several pics of a woman with a bruised arm and swollen lip, saying, “This is what ya favorite celebrities do on close doors… Like grown man beat on my friend @_serenitysky and literally didn’t let US LEAVE and the HOTEL DIDNT DO ANYTHING.”

42 Dugg nor anyone from his squad have yet to respond to the allegations.

The post 42 Dugg Accused Of Assault, Holding Woman And Her Friend Hostage Inside Hotel In Miami appeared first on The Source.

Onyx To Face Cypress Hill In VERZUZ Battle In L.A.

Onyx To Face Cypress Hill In VERZUZ Battle In L.A.